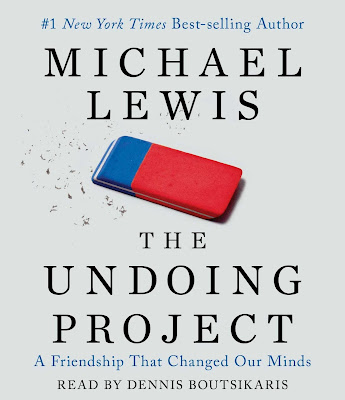 Bestselling author Michael Lewis examines how a Nobel Prize–winning theory of the mind altered our perception of reality.


Hear me say THIS:

"ELEVATOR BUTTONS AS UNRECOGNIZED SOURCES OF BACTERIAL COLONIZATION IN HOSPITALS..'

" It's hard to go wrong when Dennis Boutsikaris performs an audiobook"
"I think I would enjoy listening to him read a phone book." An Audible Listener
Dennis Boutsikaris has recorded over 120 Audiobooks for Publishers in the United States and Great Britain. He has received many rave reviews and awards for his narrations that range from Don Delillo to David Denby to Jeffrey Deaver to Stephen King, including 13 GOLDEN EARPHONE awards from AudioFile Magazine and 8 AUDIES from the Audio Publishers of America.